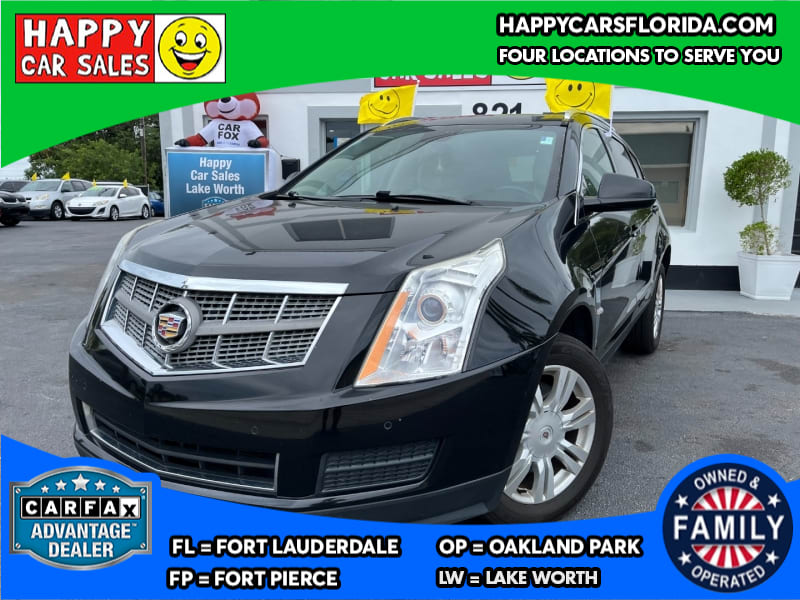 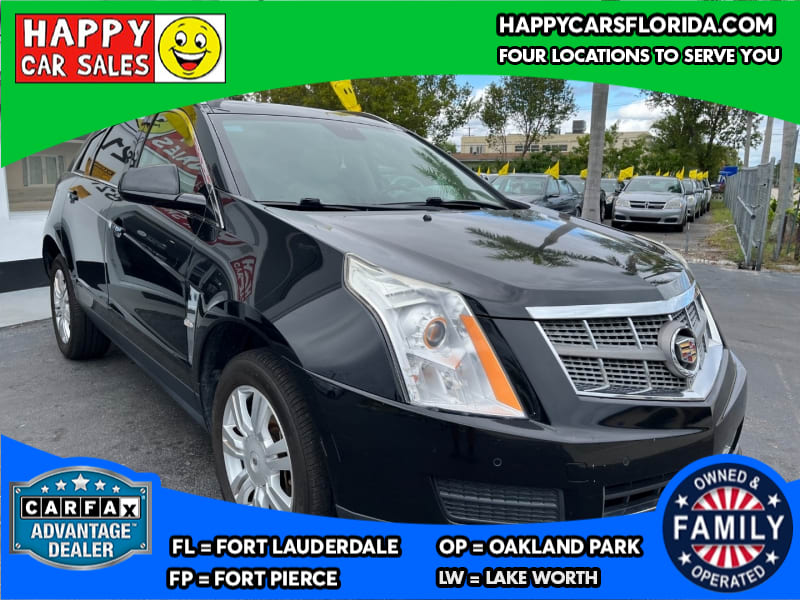 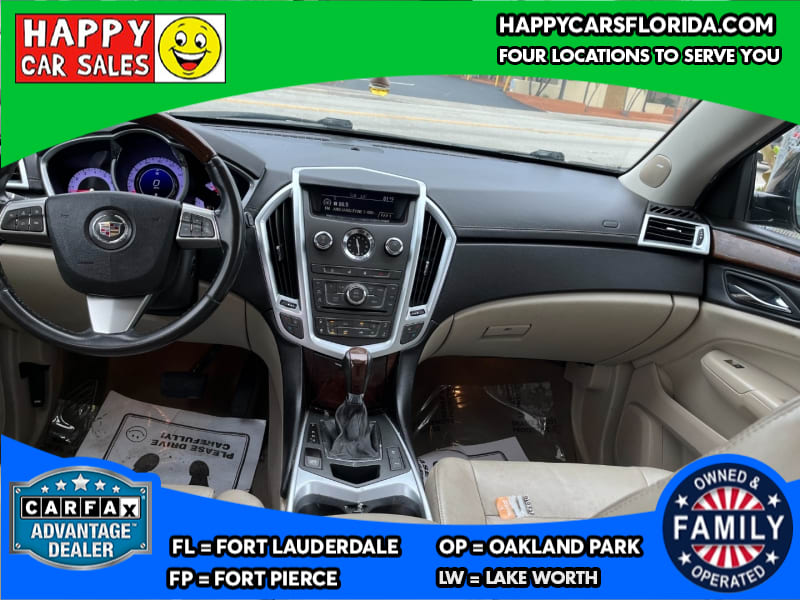 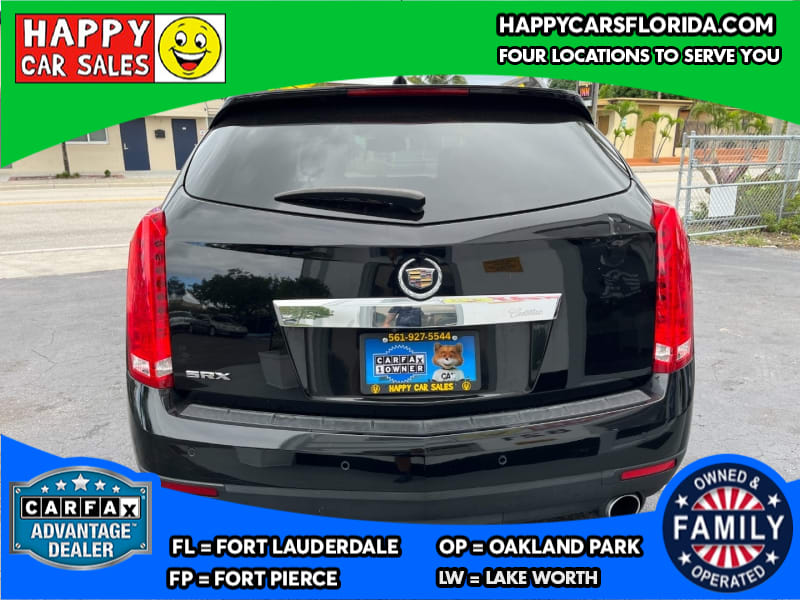 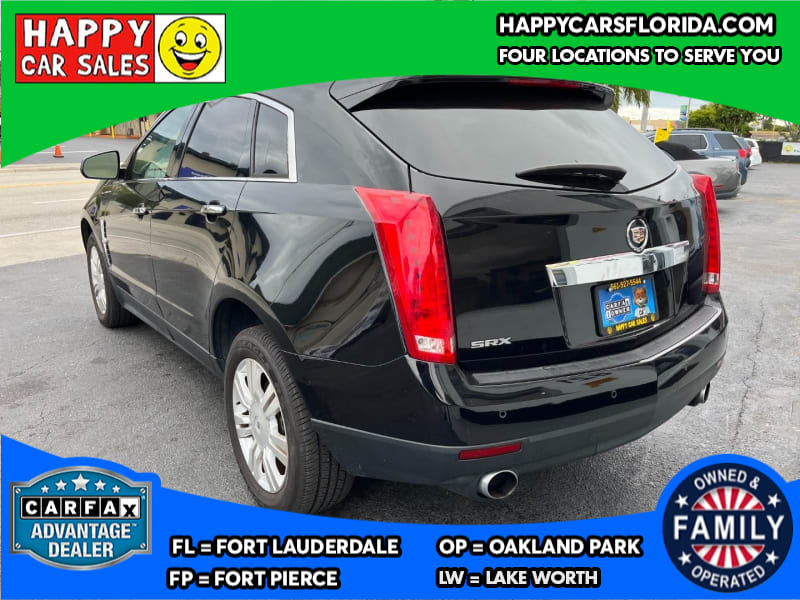 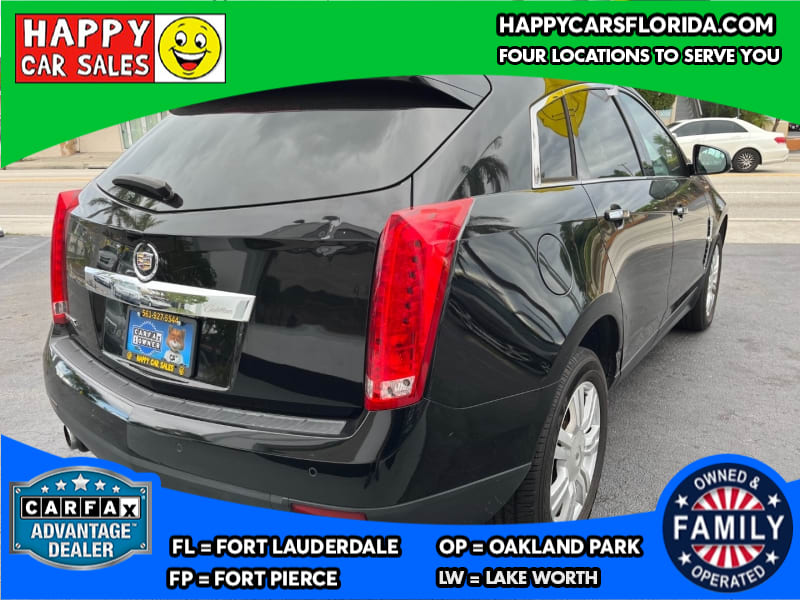 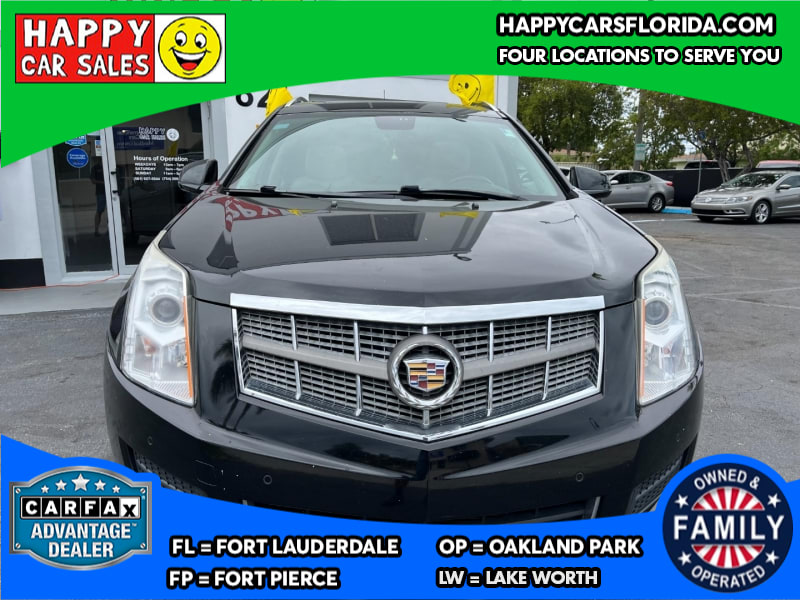 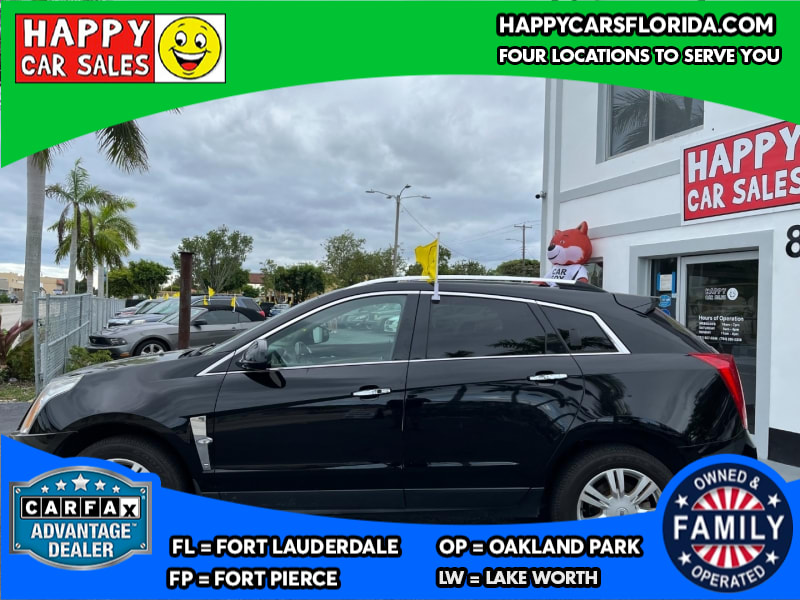 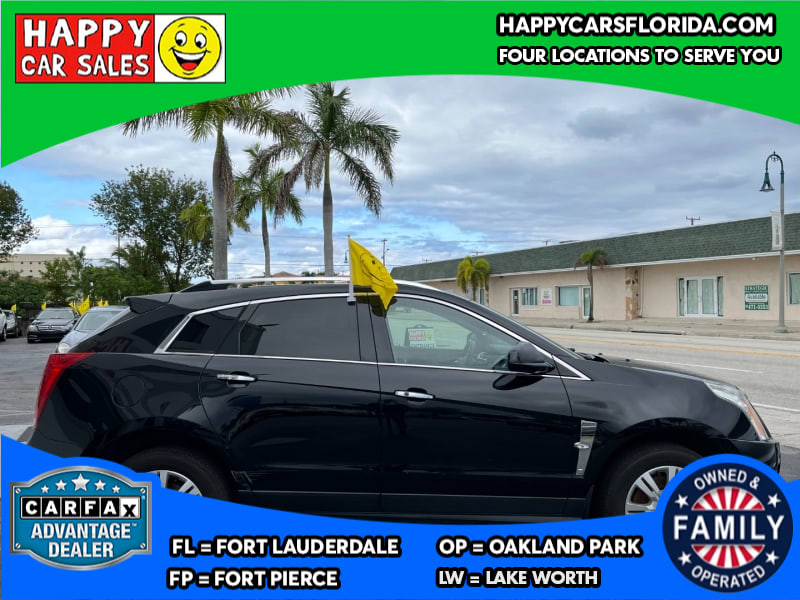 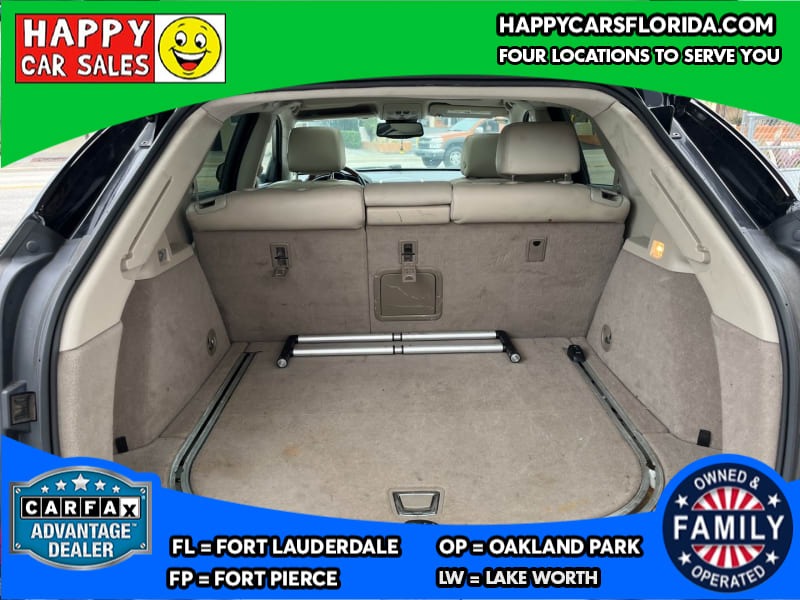 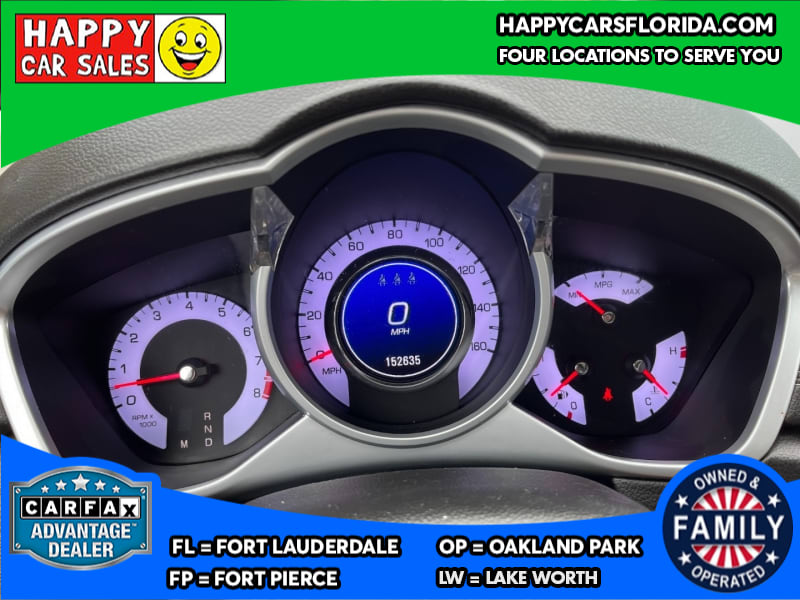 The Cadillac SRX has been a runaway success for General Motors since it was redesigned last year, quickly becoming the best-selling vehicle in the growing compact luxury crossover class. No doubt buyers have been attracted to its compelling, unmistakably Cadillac styling and lengthy list of available equipment. However, there are some significant issues with the 2011 Cadillac SRX that should give you pause before joining the masses.

For one, the SRX is fat. It weighs between 200 and 300 pounds more than most of its competitors. It's even heavier than the larger Lexus RX 350. As such, the SRX's 265-horsepower V6, which lines up to those others' engines on paper, is overburdened by this luxury crossover's excessive weight. It also suffers from conservative transmission tuning and a lack of torque, both of which make the SRX feel sluggish when passing or moving away from a stop.

The optional 300-hp turbocharged V6 also has to battle the bulge. It at least offers noticeably more grunt than the base engine, but the SRX Turbo is only available in fully loaded Performance or Premium guises, which cost about $50,000. That's OK if you're interested in getting every SRX feature Cadillac offers, but if you'd like something a little more modest in price, you'll have to settle for an overwhelmed base engine.

Another issue concerns the backseat. While legroom is generous, headroom is notably cramped for even average-height passengers because of the panoramic sunroof that's standard on all but the base SRX. This is a shame since the SRX has otherwise one of the most inviting, well-equipped and nicely detailed cabins in the class. The seats are more comfortable than those in Cadillac's CTS sport sedan, and there are a few features, like ventilated front seats, that are unavailable on its rivals.

In total, the 2011 Cadillac SRX is an appealing compact luxury crossover as long as you can live with its insufficient performance and compromised backseat. But that seems like a lot to give up. The 2011 Audi Q5, 2011 BMW X3, 2011 Mercedes-Benz GLK350 and 2011 Volvo XC60 are better in many ways, and they typically don't come with a price penalty when similarly equipped. The SRX has managed to be a sales leader in spite of its need to join the "Biggest Loser." If it would just drop a few hundred pounds, there's a good chance it could become a true class leader as well.

The 2011 Cadillac SRX comes standard with a 3.0-liter V6 that produces 265 hp and 223 pound-feet of torque. A six-speed automatic is the only available transmission. Front-wheel drive is standard and all-wheel drive optional on all but the base SRX. While its horsepower would seem to be competitive in its class, the V6 is overtaxed by the SRX's higher than average weight. As such, a front-drive SRX takes 8.2 seconds to get from zero to 60 mph -- about a second slower than all-wheel-drive competitors. However, fuel economy is respectable, with an estimated 18 mpg city/25 mpg highway and 21 mpg combined for the front-wheel-drive model, and 17/23/19 with all-wheel drive.

Stepping up to the Turbo model gets you a turbocharged 2.8-liter V6 good for 300 hp and 295 lb-ft of torque. All-wheel drive and a six-speed auto are standard, though the latter is noticeably more responsive than it is with the base V6 and features a special Eco mode. Despite boasting more power than nearly everything in its class, the SRX Turbo posts a disappointing 0-60 time of 8 seconds. Fuel economy estimates stand at 15/22/18 mpg, which is average for the segment.

The 2011 Cadillac SRX comes standard with antilock disc brakes, stability and traction control, front seat side airbags, side curtain airbags and OnStar. In Edmunds brake testing, an SRX Luxury Collection with 18-inch wheels came to a stop from 60 mph in a longer-than-average 128 feet. An SRX Turbo with 20-inch wheels was essentially no different.

In government crash tests, the SRX scored a perfect five stars in front impact testing for driver protection and side protection. It got four stars for front impact passenger protection. In Insurance Institute for Highway Safety Testing, the SRX received the top crash rating of "Good" in the frontal-offset, side and roof strength tests.

The standard 3.0-liter V6 lacks the kind of juice required to contend with the SRX's hefty curb weight, and the base six-speed automatic's eager upshifts and sluggish downshifts don't help matters. The turbocharged 2.8-liter V6 and its more responsive transmission are significant improvements, but really all they do is make the SRX class-competitive.

In other respects, the 2011 Cadillac SRX is a commendable luxury crossover. Steering response is sharp and the SRX handles much better than you'd expect a Cadillac SUV to. The ride is comfortable over regular pavement, but it gets busy for a luxury vehicle when the road gets a bit rough. Another downside is the SRX's thick roof pillars, which compromise front and rear visibility.

The SRX's interior is its single most appealing aspect. Picking up where the CTS sedan's ground-breaking (for Cadillac) interior left off, the SRX dashboard layout features high-quality materials, solid build quality and an attractive design.

When equipped with the navigation system, the large touchscreen elegantly rises out of the dashboard and features smart controls and menus for the myriad infotainment functions. It's one of the better electronics integration systems on the market. However, the center stack buttons are flush mounted to each other and can be hard to distinguish at a glance. The audio controls (whether with or without the navigation system) can also be a bit of a reach.

All but the base SRX comes standard with a panoramic sunroof, which gives the cabin an airy feel, but it also significantly reduces rear seat headroom. Taller passengers will need to slouch, and even those of average height will find themselves uncomfortably close to the roof. Cadillac put a lot of thought into the cargo area, however -- the power tailgate (standard on all but the base SRX) has a two-position height setting so the tailgate won't whack low garage ceilings, and the nifty U-ring track in the cargo floor allows a fence to be erected to contain fragile cargo. Maximum cargo capacity is an average 61 cubic feet, but there is a useful 30 cubic feet behind the rear seats.

THIS VEHICLE IS LOCATED AT HAPPY CAR SALES LAKE WORTH

Fuel, full tank of fuel at time of delivery 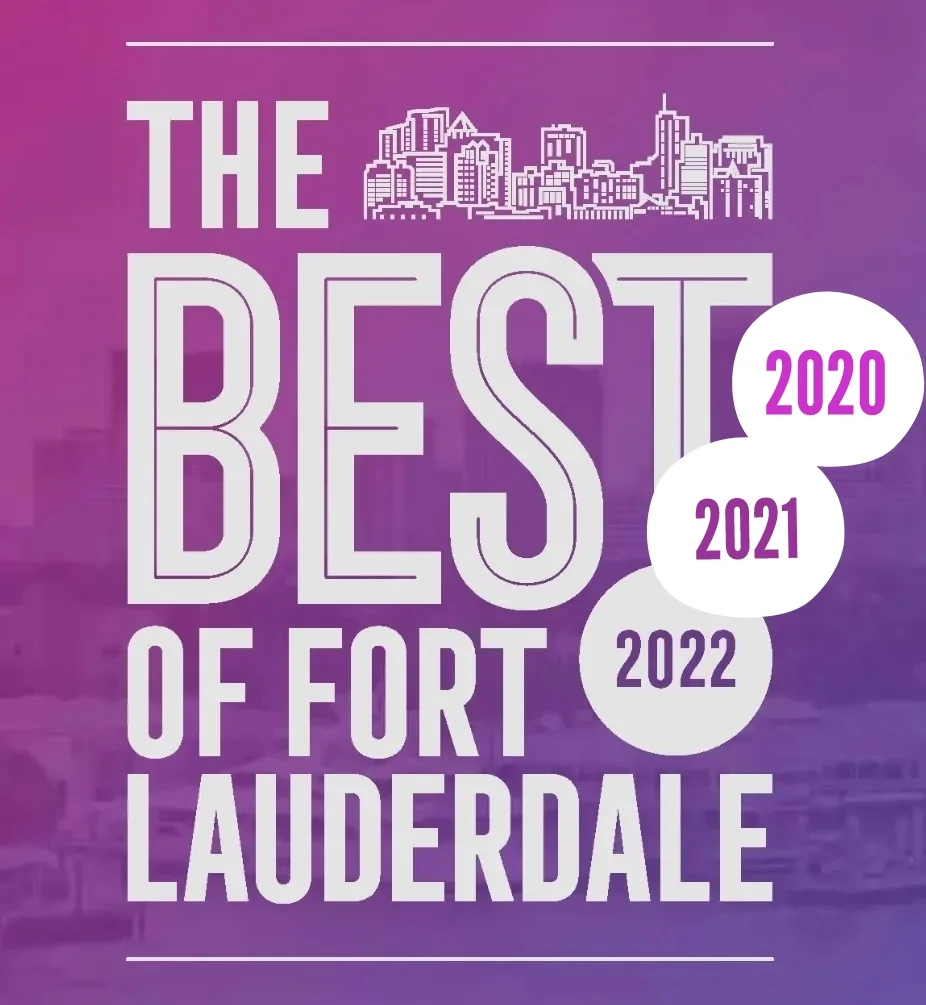